Be sure that you are LOGGED IN
for the best prices available!

Course materials will be provided in the following formats during checkout: 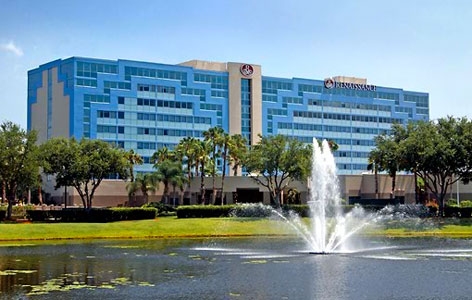 Room Rate: $139
Room reservations must be made by January 23, 2015.
After that date, rooms are on a space available basis at the prevailing hotel rate.

CALL 800/545-1985 TO MAKE HOTEL RESERVATIONS.
You must say you’re with FACDL Death is Different XXI to get the group rate.

4:00 – 5:00
Don’t Run Away! Litigating and
Mitigating Prior Convictions
LINDA McDERMOTT

GREGORY DeCLUE is a forensic psychologist in independent practice in Sarasota. He has conducted over 2,000 forensic psychological evaluations and over 1,700 evaluations of prospective or current law-enforcement or corrections officers. He has analyzed over 100 interrogations from nearly 70 different law-enforcement agencies, and has testified as an expert witness more than 500 times. He is the author of the book Interrogations and Disputed Confessions: A Manual for Forensic Psychological Practice, and a chapter in Police Interrogations and False Confessions. He is a past president of the Consortium of Police Psychologists.

D. TODD DOSS is a career criminal defense attorney with extensive experience in death penalty cases at the trial, appellate and post-conviction levels. He is a life member of FACDL, a member of its Board of Directors and chair of the Death Penalty Committee. Recently representing David Eugene Johnston in death warrant proceedings in Florida, he was one of the first in the country to present the issue to a state supreme court as to whether testing under the new WAIS-IV IQ test is newly discovered evidence warranting a stay of execution and subsequently barring the execution due to mental retardation. He has also litigated other notable cases such as Hill v. McDonough, 547 U.S. 573, 126 S.Ct. 2096, 165 L.Ed.2d 44 (2006); Orme v. State, 896 So.2d 725 (Fla. 2005); and Busby v. State, 894 So.2d 88 (Fla. 2004).

DR. JOHN LLOYD, CPE, specializes in biomechanics of head and brain injury. He serves as Senior Researcher at the Biomechanics and Traumatic Brain Injury Laboratories at the James A. Haley VAMC in Tampa. He is also an Assistant Professor of Engineering at the University of South Florida. Motivated by the experience of a fall-related traumatic brain injury (TBI) during his teen years, his research interests focus on TBI with a specific emphasis on injury prevention, through biomedical device development and advancements. His scientific discoveries have been published in many journal articles, book chapters and presented at leading conferences.

EVAN MANDERY is a professor and the chairperson of the department of criminal justice at John Jay College of Criminal Justice. He is the author of three novels and three works of non-fiction including, most recently, A Wild Justice: The Death and Resurrection of Capital Punishment in America (Norton, 2013), which receivable an ABA Silver Gavel Honorable Mention and the Scribes Book Award Honorable Mention.

LINDA McDERMOTT has been representing capital postconviction defendants for the past eighteen years. She has successfully represented several capital defendants, including exonerees Juan Melendez and Rudolph Holton. In November, 2009, the United States Supreme Court granted certiorari and a new penalty phase for her client, George Porter, Jr., based on the substantial mitigation presented in postconviction. She is currently a partner of McClain & McDermott, P.A.

PETER N. MILLS is an Assistant Public Defender in the 10th Judicial Circuit, Bartow, and has worked in the capital trial unit. For a time, he handled civil litigation issues with Howell & Thornhill in Winter Haven. Prior to his work with the Office of the Public Defender, he worked at the Office of the Capital Collateral Representative (CCR), where he was involved in death penalty postconviction litigation. Pete may be reached at 863 / 534-4242 or MILLS_P@pd10.state.fl.us.

ANTHONY J. “TONY” NATALE has been a practicing trial lawyer for over 30 years. He is a Supervising Assistant Federal Public Defender and the training coordinator for the Federal Defender Office in Miami. Previously, he was in private practice for more than 20 years concentrating in criminal defense and civil trials both state and federal. As a public defender and private attorney he has tried capital murders, terrorism, complex fraud matters, simple misdemeanors, civil rights violations and personal injury actions.

ROBERT A. NORGARD served as an Assistant Public Defender in the Sixth Judicial Circuit for three years. In 1985, he became an Assistant Public Defender in the Tenth Judicial Circuit of Florida, where he was primarily responsible for representation in capital cases for 10 years. He has previously served as the FACDL Death Penalty Committee Chairperson. He has been in private practice in Bartow since 1995, and is heavily involved in both trial and postconviction capital cases.

STEVEN M. POTOLSKY began his legal career in the Miami-Dade County Public Defender’s Office and has been in private practice since 1990. He is a past President of the FACDL Miami Chapter and has served on its Board of Directors since 1992. He specializes in death penalty defense, and has been selected by Federal District Court Judges in numerous jurisdictions to serve as counsel in potential capital cases.

CHRIS QUARLES is a double Gator (‘76 & ‘79), board certified in criminal appellate law. He has been an assistant public defender in the appellate division, Daytona Beach, since 1980, and has handled approximately 60 capital appeals. In 2013, he received the Craig Stewart Barnard award. He serves on the Florida Public Defender Association’s death penalty steering committee.

Tuition refund less a $25 administrative fee will be made for cancellation received in writing by February 5, 2015. No refunds will be made after that time.