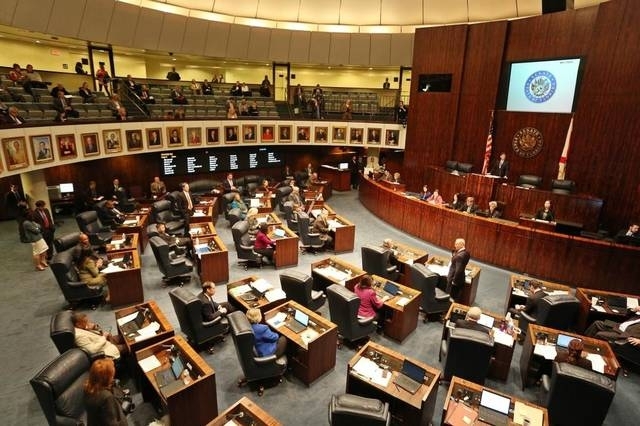 State Sen. Greg Steube wants to add prosecutors and public defenders to the list of officials that the House of Representatives can impeach.

The Sarasota Republican’s measure (SJR 904), filed Monday, would require a constitutional amendment that has to be passed by 60 percent of voters statewide.

The state constitution now authorizes the House to impeach the “governor, lieutenant governor, members of the cabinet, justices of the supreme court, judges of district courts of appeal, judges of circuit courts, and judges of county courts” for any “misdemeanor in office.”

Steube’s proposal would add “state attorneys and public defenders.” As with other officials, the Senate would have to put the impeached prosecutor or PD on trial.

The amendment would apply “to state attorneys and public defenders who hold office on or after the effective date” of the new language.

After years of no impeachment activity, state Rep. Larry Metz, the Yalaha Republican who chairs the Public Integrity and Ethics Committee, told committee members last month he had been quietly looking into articles of impeachment against a Jacksonville judge.

Metz said it was his idea to pursue impeaching Circuit Judge Mark Hulsey III, for which Speaker Richard Corcoran gave his OK.

Hulsey, who eventually resigned from the bench, faced judicial misconduct charges over several improper comments, all of which he denied.

Neither Steube nor Metz could be immediately reached for comment Monday.

Daniels was the elected Public Defender for the state’s 2nd Judicial Circuit, based in Tallahassee, for nearly three decades.