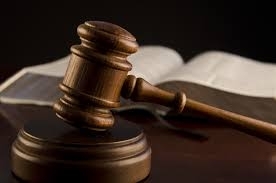 The presumption of innocence and the right to trial are the linchpins of our criminal justice system. Lawyers and judges alike recognize the ultimate importance of an independent and impartial judiciary. That importance seems to be lost on Palm Beach County judicial candidate Dana Santino.

In a recent statement to voters, Dana Santino’s campaign has attacked her opponent, Gregg Lerman, for the work he has done as a criminal defense lawyer. In an October 12 email to voters, Santino criticized Gregg Lerman for “representing murderers, rapists, child molesters and other criminals.” When called upon to defend this position, Santino’s campaign stated that “Mr. Lerman is not a public defender and chooses to represent individuals who may have committed heinous crimes.” Ms. Santino’s campaign has also taken to Facebook, criticizing Gregg because he “chose to represent [a] serial killer.” Beyond the impropriety of Dana Santino’s criticisms of criminal defense lawyers, her statements are also factually inaccurate. Gregg Lerman was appointed by the court to represent the individual to whom Ms. Santino refers. He accepted this appointment not for lucre, but as a service to the court and the community. Apparently Ms. Santino does not believe that individuals accused of crimes deserve the counsel afforded them under the United States Constitution.

Dana Santino has demonstrated that she does not respect the presumption of innocence, by referring to individuals who have been accused, but not convicted, as “criminals.” She has further demonstrated that she does not respect the important and difficult work done by criminal defense attorneys every day in courtrooms across America. Attacks against defense lawyers, particularly by a judicial candidate, undermine the right to counsel and the presumption of innocence under the law. By failing to recognize this, Dana Santino has effectively disqualified herself as a candidate for Palm Beach County Court Judge, where she would be called upon to preside over misdemeanor and criminal traffic matters.

The Florida Association of Criminal Defense Lawyers believes that it is necessary and important to take a stand against this kind of attack on our criminal justice system, which is the best in the world. We strongly oppose Ms. Santino’s statements, which we consider to be an attack not just on Mr. Lerman, and not just on criminal defense lawyers, but on our entire legal system. An individual who does not recognize and respect the most basic precepts of our judicial system has no place on the bench.
The Florida Association of Criminal Defense Lawyers does not endorse or oppose any party or candidate for office. However, FACDL condemns attacks by any party or candidate directed at any lawyer based upon his or her representation of clients in criminal matters. To quote NACDL President Barry J. Pollack, Esq., in his recent response to similar attacks in the national presidential election, “[t]he nation’s criminal defense bar deserves gratitude, not condemnation. The men and women who represent accused persons, without regard to economic station or racial, ethnic, or national background, render a vital service to the nation. Most are proud to be criminal defense lawyers, and rightly so. Indeed, they are acting in the best traditions of our Founding Fathers.”